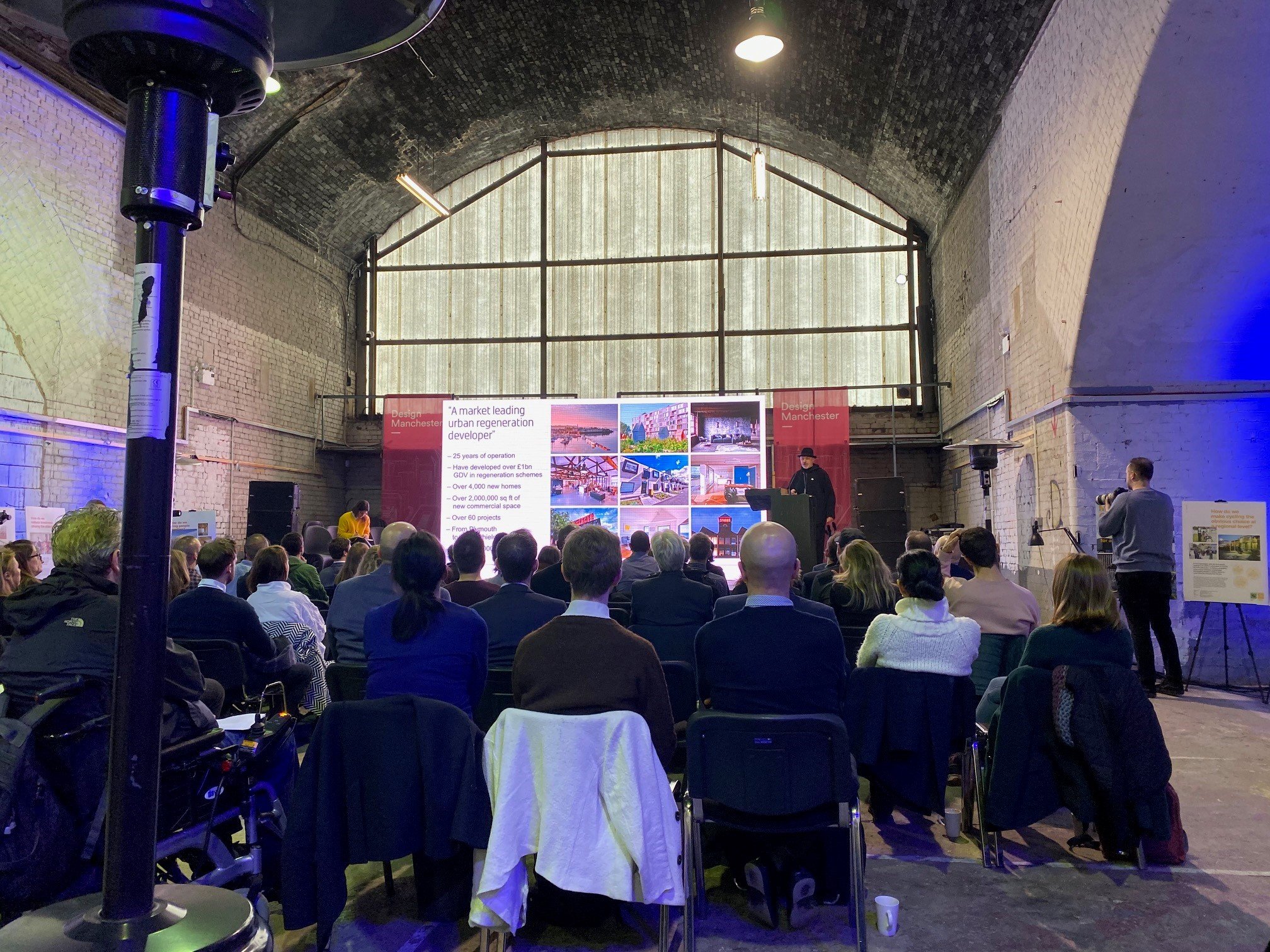 Design Manchester last week was a chance to hear influential people make their voices heard during a challenging period of re-evaluation prior to a general election.

A healthy city, framed around ‘what a dream city would be like’, led to Manchester City Council’s, ‘Our Manchester Strategy’. This is a strategy that creates jobs and thriving businesses, a city that celebrates success, that develops home-grown talent, that is fair and diverse and supports local people. There was an odd point made about commuter workers earning more that local people, this is often the case for a number of reasons from the type of work, the type of people willing to travel and the attractiveness and thus competitive nature of a place. There are fears there is a lost generation of local skills in the City, it is clear the City is evolving.

The City has grown significantly through massive regeneration programmes, areas like Ancoats where we are based as a practice having seen old buildings brought back into use and new accommodation get built. There are now over 200,000 people living in the City Centre, a real achievement over two decades. The city requires both affordable and higher income homes and the homeless problem is growing and needs addressing. Manchester is attracting more people from outside the City who are homeless! 1,500 people are living in temporary accommodation, which is expensive and not always suitable, and the poor nature of some property does lead to the hospitalisation of some and of course some can’t return home after treatment. A mixed picture of success and challenges ahead, from a forward-thinking City.

Manchester’s infrastructure is some of the best in the Country with the largest lightweight train and tram network, opportunities with inner city canals plus a growing network of charging points for electric vehicles. Getting about Manchester is difficult at the best of times, with complex and crazy road systems which are not clear to travellers. Emphasis on key investments in shops, play areas, parks, new green spaces and cultural offers, as great housing needs all these things to sustain those who occupy.

As a City, it is ‘on top of its game’, as it is willing to look at itself, criticise, evaluate and try and make a difference. Manchester is a great place which is why we set up our business here, lets help it be even better.