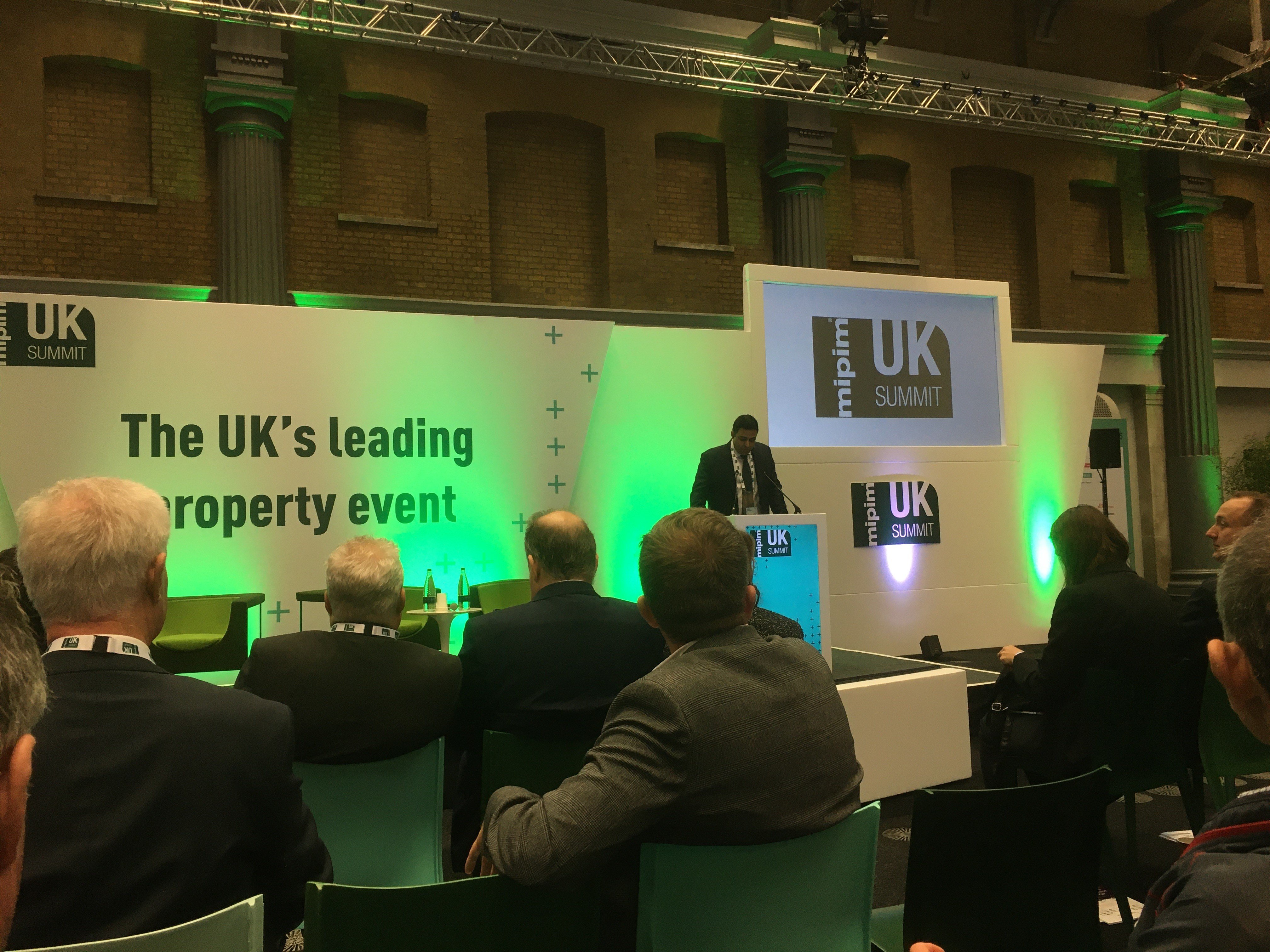 Both Natalie and I had been looking forward to MIPIM UK London for a couple of months. Attending such a big event at such a busy time for our practice would feel like a luxury, giving us both ‘time-out’, to think wider and more strategically, plus we love London.

The event had moved venue to Old Billingsgate Fish Market in central London, a significant Victorian building from 1875, designed by City Architect Horace Jones and built by John Mowlem, refurbishment designs by Richard Rogers (RH The Lord Rogers of Riverside). You can certainly tell by the interior interventions such as the raised floor edge details and air conditioning units which sit around the perimeter like mini Lloyds of London’s, it’s a Rogers project! An already amazing interior, Roger’s work adds value and fun in equal measures. Originally converted into office, it later became a venue for events, ideal for MIPIM UK London.

Sadly, a number of people attending said the event format had change significantly from the year before, which we hadn’t attended, originally exhibition and talks, now mostly presentations rather than stands. Attendance levels confirmed had fallen dramatically since last year, confirmed by some on the stands.

Notwithstanding this we found the event informative, intimate and fun, working around the stands, meeting clients and attending the talks. The opening address by The RH Esther McVey Minister of State for Housing and Planning, was a little stilted and predictable to be honest and lacked inspiration, but to be fair was precise and to the point. He believes we need more better housing sooner, focusing on placemaking and that technology around automation and manufacture are the key to unlocking and accelerating housing delivery.

The real highlights for me were seeing Fiona Bruce orchestrate discussions on the second day, although she did look distant at times, and at the end listening to Urban Splash tell their story of business rise and fall, transformation and reinvention with a joint venture with Sekisui House, to accelerate modular homes production in the UK.

Both Nat and I were glad we attended, not least to see clients, but the event organisers do need to raise their game again. Looking forward to MIPIM Cannes 2020 @SASA Year 2.