From Little Chicago To Trendy Quarter 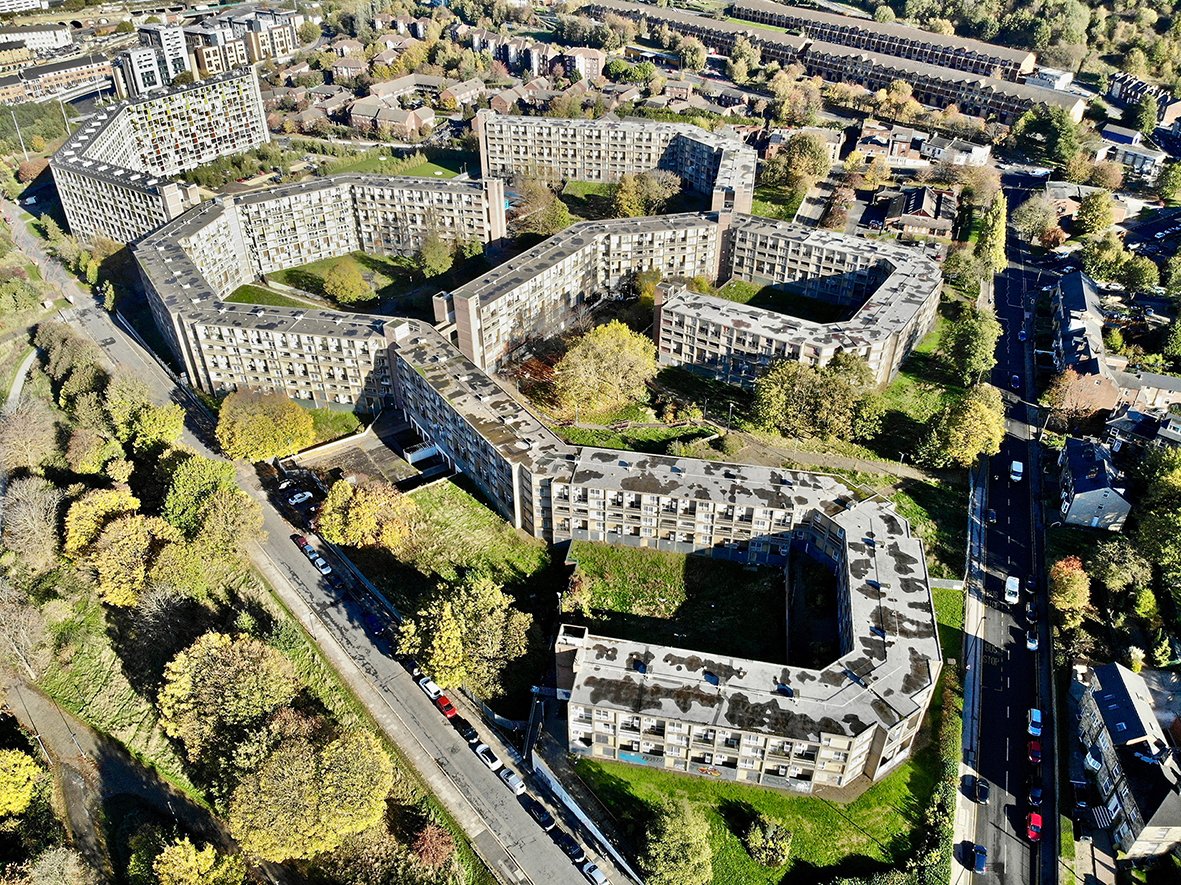 From Little Chicago To Trendy Quarter

I have lived in suburban housing in Sheffield all my life and often wondered what it would be like to live in an apartment development like Park Hill Flats. Since being modernised, led by Urban Splash, its new image has created a revitalised sense of community and respect, supporting wider regenerate, an important outcome and one very noticeable from across the city. As a Sheffielder, I have watched its renaissance with interest.

In the early 1930’s, Park Hill was known as ‘Little Chicago’, due to a record of violent crime, drugs and growing wasteland. Due to its ‘bad reputation’ the area became desolate and mistreated, a slum area. Although some new apartments where built prior to WW2, the scheme seen today, the mega redevelopment did not come forward until 1953 with construction starting on phase 1 in 1957, officially opened in 1961, with other phases following and opened by 1966, a good year for the city, however a long building programme overall!

Architects Jack Lynn and Ivor Smith, supervised by J.L Womersley, Sheffield Council’s City Architect, brought a new style of building called ‘brutalism’, to the city which is characterised as being of minimalistic construction, showcasing buildings materials and structural elements over decorative designs, including geometric shapes. The apartment concept and redevelopment were popular, however policy criteria and maintenance costs lead to its decline over a long period of time, once again. Protected in 1998 through Listing, this status kick-started its fightback as Europe’s largest Listed structure, back to something special, something we can all identify with today, a regenerated and loved place.

Urban Splash with a track record in urban regeneration, partnered with English Heritage to turn Park Hill into upmarket flats and business units, their work became delayed from 2007 to 2009 due to world economic problems, however they eventually opened newly refurbished apartments in 2010. Final phases are due for completion by 2022, I can’t wait to see these finished.

I admire the dedication and time put into this scheme, rejuvenating apartments and business units for people to use and love. I appreciate that heartfelt graffiti written across one of the link bridges in Phase 1, a memory from someone’s life which said “I love you will you marry me” retains character and is a memorable quote which many people will associate with Park Hill in Sheffield, a lovely memory that will live on in the area due to its sentimental value. I think Phase 1 of the scheme has created a fresh new style for Sheffield, one that I can identify with as the next generation. It has shown me, that even out of great difficulty and challenge, striving to overcome issues, something quite different can be achieved.

I think I could live there.