My Favourite Building In Sheffield Series (MFBIS S1 A2) 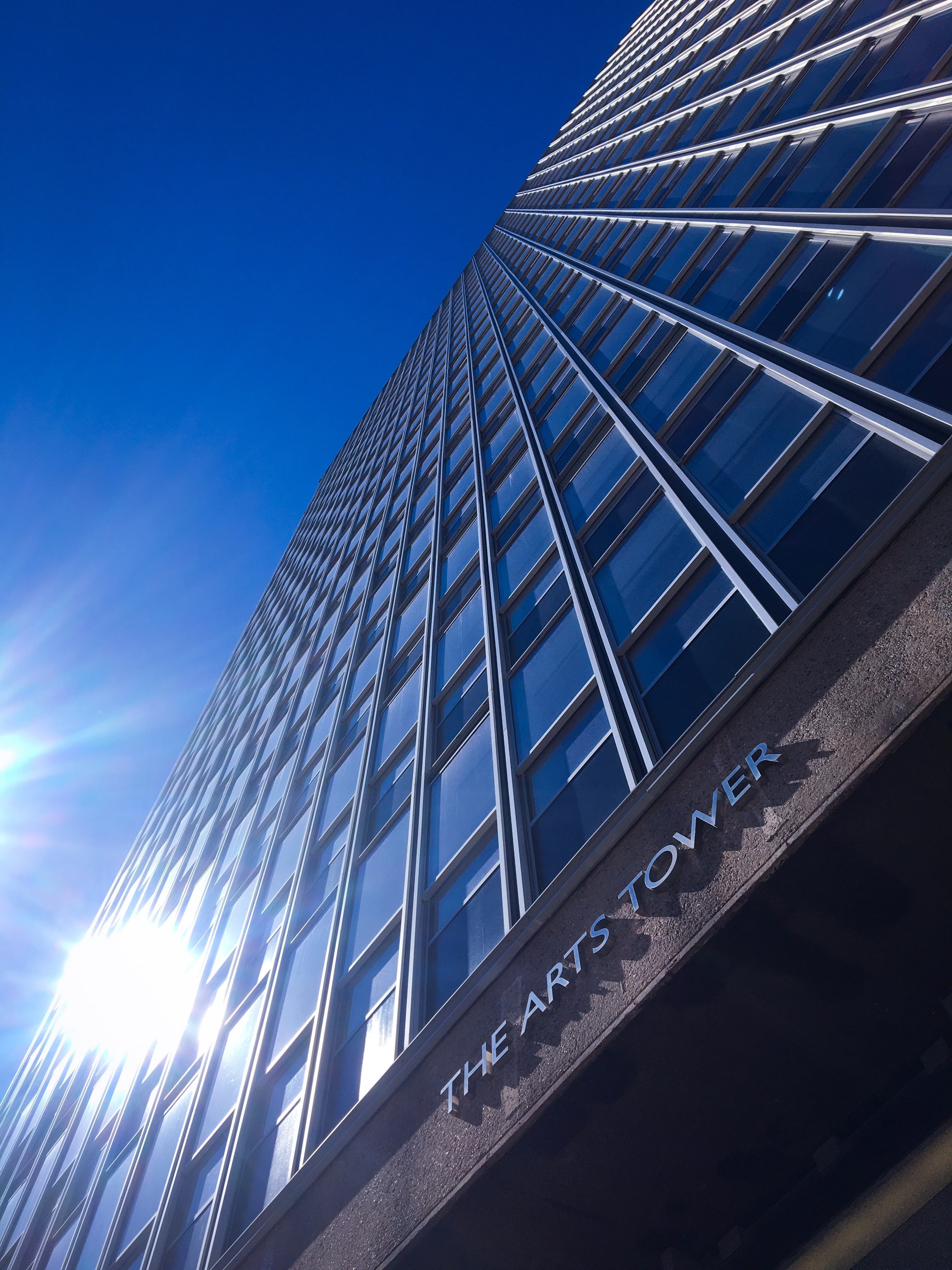 My Favourite Building In Sheffield Series (MFBIS S1 A2)

Welcome back to my mini-series, ‘my favourite building in…’, where I continue to share my thoughts and opinions on buildings located in my home city, Sheffield. In my articles I include information about history, purpose and appearance as well as other thoughts.

My second article is about ‘The Arts Tower’, which is located on the Main Central University of Sheffield Campus, it’s their tallest by far by number of storeys on campus. I have decided to write about this building as it’s a building that has always interested me because of my family connections and somewhere I hope to work at some time in the future.

English Heritage said its, “the most elegant University Tower Block in Britain of its period”, which to my mind says it all, it’s just so elegant. The structural appearance of the building has breath-taking simplicity, a sophisticated exterior showing absolute control and restraint in design terms, originating from post war modernist thinking and driven by the International style. The building has 20 storeys with the upper floors used by the School of Architecture, aren’t they lucky! The building with a height of 78m is listed as the second tallest building in Sheffield after St Paul’s Tower measuring 101m tall, which took over in 2009; although the Arts Tower is the highest by virtue of topography.

The entrance floor and mezzanine are treated as separate from the floors above, these floors provide circulation between the basement lecture halls and adjacent library. The entrance elevation at ground level or ‘base’ has six enormous columns which gives rise to five bays and therefore a central entrance, very classical in its set up. Side elevations have four columns and three bays. The remaining elevational treatment is a repeating curtain-walled window arrangement providing the building with what might be considered its ‘shaft’ until you get to the top where the concrete lourves in a regular frame creates its ‘capitol’. Entering the building, your eyes are drawn to the paternoster lift, which some say is one of its memorable features, iconic for it’s inventive way of travelling between departmental floors. With only two paternoster lifts in the UK, Sheffield is lucky enough to be home to one of them. The lift moves in a continuous loop, slowly moving around inside the building, allowing passengers to step on or off at any floor they like, without the lift stopping, I’m not too sure how I feel about that!

The competition to design the Arts Tower was originally discussed in 1951, during Queen Elizabeth’s Coronation year, eventually being held in 1953, two years later. The tower is located in Netherthorpe area of the City, which previously accommodated rows of terraced houses, these and the road infrastructure were cleared, before starting the main build in 1961 and finishing in 1965, the building publicly opened in June of 1966 by Queen Elizabeth, providing new teaching and administrative facilities for the University and young people. The year 1966 saw many new buildings open in this World Cup Year hosted in Britain.

The building was designed by three architects, Frank Gollins, James Melvin and Edmund Ward or (Gollins Melvin Ward). The design of their building followed Miesian architectural principles, which was inspired by the style of the prominent and vastly influential architect, Ludwig Mies Van der Rohe during the 1950’s. With huge success, their building came first in the competition, as it was said to have made good use of modernist blocks, the original site and reorganising of the adjacent areas, which allowed them to carefully integrate the surrounding.

Although I love the design of the building, it does have a technical issue. With the building being a baby skyscraper, it creates down draft, which creates base level poor quality microclimates, leading to hostile wind conditions for people to walk in on windy days, hold on to your scarves.

Contrary to popular belief, there is no evidence (which I can find) that the design of the building was derived from the much larger, Seagram Building in New York City. My dad, who is an architect, loves the theory it is a replica 1/3 version of this building, taught by lecturers during his time at the University, as it bring Mies into the heart of Sheffield, but accepts no architects wants to be seen as plagiaristic; I am yet to conclude my own thoughts, but it does look like a mini version of the said building!

As I continue to learn and expand my knowledge about various buildings, it is become clear to me the wealth of history in my city. I am excited to explore what else Sheffield has to offer in my next article, and what I think about some of our most recognisable buildings, join me next time for some further thoughts.